WONONEWON™ Won One? One Won! Proceed..

Frequency of the Heavens | REAL STARS IN 0.75x SPEED

Attitude of Gratitude: http://www.AzimuthalEquidistant.org “..as requested, we S L O W E D  D O W N this amazing video created by YouTube Channel Ashlee Webster. Take it all in, pause the screens if you wish to; because these are the “REAL WANDERING STARS’ in Our Beautiful and Living Night Sky. Strength. Godspeed.” 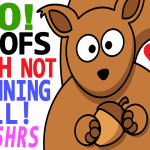 Attitude of Gratitude: http://www.AzimuthalEquidistant.org “..if you prefer to SLOW DOWN the VIDEO CLICK on the ‘GEAR ICON’ (Settings) in the BOTTOM LEFT of Video Window. Please listen to Eric Dubay provide no-less than 200 PROOFS the Earth (hEart) is INDEED STATIONARY & PLANULAR ~ in Other Words, THE EARTH IS FLAT! It is Overdue Time to Re-Educate Our Children, i.e. After We, Re-Educate Ourselves. Not unlike a computer, our operating system was ‘INPUT’ with a lot of Garbage Information; and as the saying goes GARBAGE IN GARBAGE OUT. Our processors have been input with garbage, have been processing garbage, and have output garbage for long enough – FREE YOUR MIND. Embrace the Red Pill. Strength. Godspeed.” 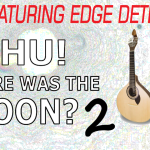 Attitude of Gratitude: http://www.AzimuthalEquidistant.org “..We didn’t forget about the ‘great eclipse of 2017’ and we took a CLOSER look at the footage we captured. By adding the ‘Edge Detection’ filter from Photoshop, we can clearly see that the so-called Moon rock was not present that day, or at least NOT TRANSITING IN FRONT OF THE SUN! Do You See A Moon There? It was not Our Moon that blocked Our Sun, it was something else. RAHU! Was That You!? Strength. GODspeed.

.
The real tell tale was that ‘before’ and ‘after’ the eclipse we were naturally expecting to clearly see the Moon ‘rock’ travelling in from the Sky on the far left, and then going away from us later after passing ‘in front of’ the Sun. That didn’t happen.

Here are some questions for everyone that we have pondered and still do.. Especially for those new to this topic, did you know we can see the Moon and Sun in the Sky AT THE SAME TIME on certain days every single month? I.e. we can see and take pictures of the Sun and the Moon in the Sky at the same time! Look for it, and then think.. is the Sun really reflecting its’ light off of the Moon? Is the Sun really a ridiculous ~90,000,000+ miles distance away? Is the Moon a ridiculous ~200,000+ miles away? Or are these Lights in Our Sky Local? It seems so.

Is the Moon its’ own light source? Why can we see ‘through the Moon’ in the daytime, i.e. why are the black so-called rock craters people were supposedly landing on and playing golf and 4×4’ing on suddenly see-through or Sky blue in the daytime? If the Moon is indeed terra-firma and opaque (not see-through) then why are there records of Astronomers that have captured ‘pictures’ of stars inside the Moon? Why do so many countries have flags that have logos of a Star or Stars inside a Moon? Why the United Nations (UN) flag featuring a Flat Earth / Azimuthal Equidistant map logo on it, with a cage / dome above it?

Critically Think: if we’re living on a giant cartoon ball as we’ve been lead to beLIEve (or a so-called oblate spheroid, or pear – give it a name) that’s spinning ~1000+ miles/hour at a 66.6° (90.0° – 23.4°) tilt, then how come when we observe the Sun and Moon in Our Sky on one side of the “ball” earth don’t we hear about our Brother’s and Sister’s experiences, UPSIDE DOWN on the other side of the ball when their Moon just doesn’t show up?

As the magical spinning ball theory shows, when one side of the ball is lit by the Sun that’s daytime on 1 half of the ball –> making it night time on the other side of the ball where the Moon ‘lights’ the night Sky. E.g. if you are in BRAZIL at lunch in the daytime with the Sun above your head, then according to the ball logic, people in NEW GUINEA should be experiencing the Moon (as they do!). So if that’s the norm, again we must ask, when we look up and see the SUN AND MOON IN THE SKY AT THE SAME TIME in ‘our reality’, in the daytime, what’s happening at night on the other side of the beach ball?

This YouTube channel and Gentleman ‘D. Marble’ did a great experiment that will help you answer the questions above, especially pertaining to the distance, or the position of our ‘local’ Sun and Moon in the Sky, UNDER THE DOME: https://www.youtube.com/watch?v=V3oS7JfFSik&t=1s

Attitude of Gratitude: http://www.AzimuthalEquidistant.org “..let’s count together 0, 1, 1, 2, 3, 5, 8, 13, 21.. they call it ‘Sacred Geometry’ for GOoD Reason. God is the Geometer of the world no doubt. We See His Handy Work All Around Us In Nature; in Seeds, Flowers, Petals, Pine Cones (Pineal), Fruits and Vegetables. This secret geometry is also used to construct religious structures such as churches, temples, mosques, religious monuments, altars, and tabernacles.

We Do Live In A Constructed Reality [Matrix]

“…one thing though, the Moon is not between us and the Sun; although that’s a topic for another time.”